"He is a clear advocate, and judges sit up and listen to him because they know he knows exactly what he's talking about."

"Awesome ability to cut through detail."

"The patience of a saint."

"One of London’s go-to silks on jurisdiction and complex international issues."

"He is one of the sector’s biggest intellects and approaches each case from every angle with remarkable pace and agility." 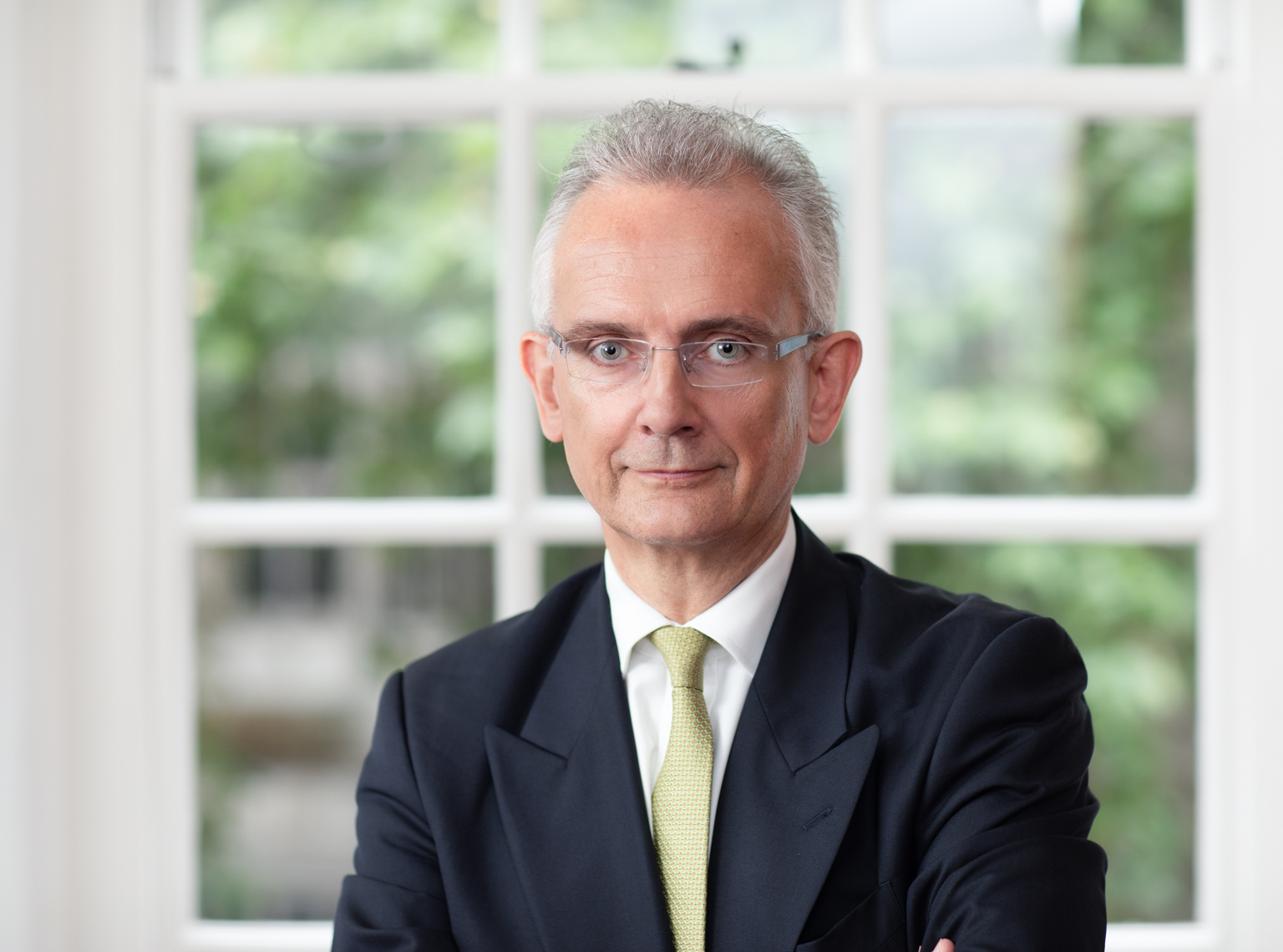 "He is a clear advocate, and judges sit up and listen to him because they know he knows exactly what he's talking about."

International Family Lawyer – equal emphasis on all three aspects and jurisdiction specialism. International linguist as well as lawyer, Tim’s “style of advocacy seems to clothe any client with respectability.” Thorpe LJ in Prest. ([2012] EWCA 1395 at [45]).

Tim is a mediator and barrister in international family law and Head of Chambers at QEB (Queen Elizabeth Building). He has practised at QEB as a barrister since 1988 and as QC since 2008. His practice spans all aspects of family law (including pre-nups and nuptial trusts) but he is predominantly known as an expert in “big money” family finance, married or unmarried, and alive or dead (including claims under the Inheritance Act).

Tim is ranked in Band One of The Legal 500 and of Chambers UK Bar Directory for Matrimonial Finance. The current Legal 500 says: “He is one of the sector’s biggest intellects and approaches each case from every angle with remarkable pace and agility.” The current Chambers Bar Directory says “Completely wonderful: he’s very wise, he’s always beautifully prepared and he has immense gravitas. He’s very strategic in his thinking. When you go to conference with him, you know he will be ready to advise and he will have thought about it in the round.”

Previous directory entries (Chambers and Legal 500) have recorded that Tim is “absolutely outstanding”, “a beautiful advocate who has a superb manner with clients” and … “absolutely a go-to-person for complex work.” They have also described him as … “a truly exceptional matrimonial barrister with a commercial head for business matters, who understands completely the mood and thinking of the family judges in the High Court”, as having “awesome ability to cut through detail”, an “unshakeable grasp of a case” as well as “the patience of a saint”; and as being “fairly tough but very nice, you know that he is really going to take a case forward.”

Tim is fluent in German (including legal German) and has work experience in German courts and German law firms. This led to his involvement in an increasing number of cases with an Anglo-Germanophone element and/or German-speaking clients or witnesses, and those with disclosure issues relating to assets in German-speaking jurisdictions, including Austria, Switzerland and Liechtenstein.

In terms of Tim’s work as an expert witness, his contribution has been singled out for praise by the Austrian Supreme Court as “clear and comprehensive” (Case 30b45/18s, judgment 14.8.18, para 4.4). In this context, see also the webstream of Tim’s expert evidence (in English) to the EU Parliament Juri Committee on Legal Affairs in March 2019 in relation to the effect of Brexit on families and children from the perspective of International Family Law: link here; and also his skype interview for the Resolution national annual conference in Manchester in April 2019, on the implications of no-deal Brexit for International Family Law : link here

Tim also speaks professional French and has experience of French family courts (both first instance JAFs and Cour d’Appel). He lectures in German and French as well as English (see English video-clip here , from an update on CJEU family law given in Trier in September 2017), most recently delivering French workshops at the Belgian Family Law Convention and the annual French equivalent Etats Generaux Droit de la Famille.

For an example of Tim’s foreign language work see this PDF from the Göttingen University Law School Family Law Workshop on European Maintenance Law with Professor Dr. Coester-Waltjen and Judge Dose of the German Federal Appeal Court. Tim’s publications in German include Unterhalt … nach dem englischen Rechtssystem FamRZ 7/2012 500 and Verstärkte Zusammenarbeit auch mal in England“ FamFR 13/2013 291; and (with Professor Anatol Dutta) Europäische Zuständigkeit in Ehesachen bei drittstaatlicher Rechtshängigkeit FamRZ 6/2014 444; and in French L’entente cordiale franco-anglaise: une approche bilingue [2015] RJ1 Personnes et Famille 7 (with Isabelle Rein-Lescastereyres of the Paris Bar and Nicholas Bennett of Farrer & Co. solicitors), published also in German in NZFam 19/2015 898 and in English in [2015] IFLR: Interpreting the Application of English Matrimonial Finance Law to the French Law of Matrimonial Property Regime; and why English family lawyers need to understand the concept of Matrimonial Property Regime, even if they don’t like it.

Tim has also put together and chaired legal conferences such as the 3-day Education Programme for the IAML/IAFL in Salzburg, Austria in 2013 and in Lisbon, Portugal in 2017, including multi-jurisdiction discussion-panel sessions: see the Jordans webinar excerpt here.

Tim is committed to dispute resolution in all its forms, by litigation and otherwise. He is a Resolution-trained Mediator (in both English and German) and a qualified Collaborative Lawyer. Tim was the first Collaborative Family Law QC at the English Bar: see his explanatory interview of the Collaborative Barrister’s role here . He also sits in a judicial capacity part-time as a Family Recorder and conducts private FDRs on request.

Prior to taking Silk, Tim was for seven years Standing Counsel to the Queen’s Proctor, a government appointment to advise the Treasury Solicitor on all matters of family law with a public interest element, including the validity of foreign marriages and divorces, and, for example, transgender marriage: see Bellinger [2001] EWCA Civ 1140.

Born 1964. Married and lives in London. Enjoys music and wine (separately and together).

Tim Amos QC is regulated by the Bar Standards Board. To view our complaints policy please click here.

Get in touch with Tim or request a call back